The Discovery of the Ridley Vein

In 2013, for the first time in over 150 years, a distinctive new vein of Blue John Stone was discovered. It was named the Ridley Vein after Gary Ridley, the miner who found it.

Blue John stone is found in only one place on earth, beneath Treak Cliff Hill near the pretty Peak District village of Castleton. Each vein has its own characteristic colour and banding of blue, purple, yellow and white. Historically there have been just 14 distinct identified veins of Blue John with names such as Millers Vein, Treak Cliff Blue Vein, 5 Vein, 12 Vein and Old Tor Vein.

It became fashionable during the Regency period in the early 1800s and graced the tables of some of Britain’s great houses, including Buckingham Palace and Chatsworth House. However there hasn’t been a distinctive new vein discovered since the mid 1800’s, making the discovery of the Ridley Vein the first new find in over 150 years. 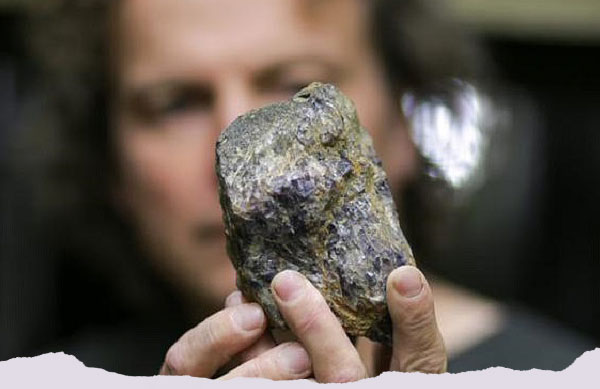 Gary Ridley with a sample from the newly discovered vein

A new method of mining

Says Treak Cliff Cavern mine manager Gary Ridley, “It was only because we were trying out a new method of mining using a stone chainsaw that we discovered the new vein. I decided to try the new saw in an area of the cavern we’ve never dug in before. It is just off the tourist route and as the traditional method of mining using ‘plug & feather’ is noisy we wouldn’t normally dig there. However having spotted a small amount of crystallization near the handrail it was just an easy and convenient place to see how well the saw would cut as it was close to the source of water for the saw and I could stand on the concrete path whilst sawing. I couldn’t believe my eyes when within a few minutes I had uncovered a substantial deposit of Blue John unlike any other vein I had ever seen before.” 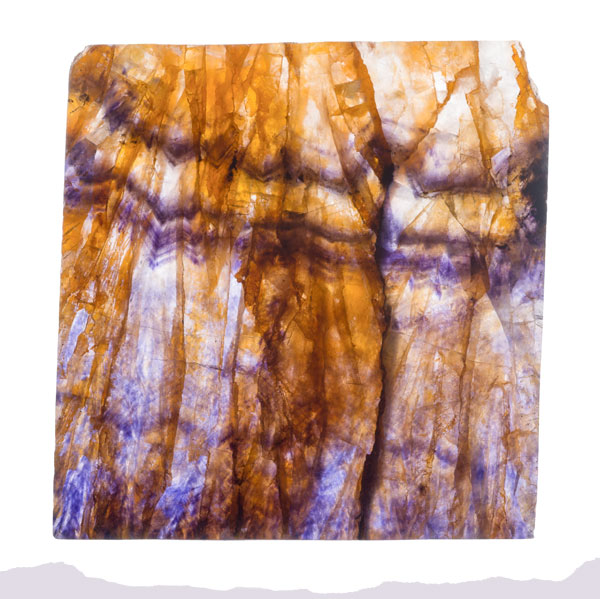 A section of the Ridley Vein

“A major new development in the history of Blue John stone”

Treak Cliff Cavern turned to renowned Blue John expert, retired Senior Lecturer in Geology at Leicester University, and author of the definitive book on Blue John Stone, Dr Trevor Ford OBE for his view on the significance of the new discovery.

“This is a major new development in the history of Blue John stone,” said Dr. Ford. “Some of the earliest recorded names for Blue John veins go back as far as the 18th century and by Victorian times the 14 names were fairly well established. Other veins discovered in the intervening years have been sub-varieties of the 14 named veins, until now. The Ridley Vein is substantially different and enters the history books as variant number 15, the first new variety of Blue John to be discovered in over 150 years.”

Vicky Turner, whose family have owned and managed Treak Cliff Cavern since the 1940s says, “We have made some amazing discoveries in Treak Cliff Cavern over the years, including uncovering of the lost vein in 2013, but the discovery of the Ridley Vein is a major new chapter in the story of Blue John Stone. It seems fitting to name the new vein after the man who discovered it Gary Ridley.”

“The Ridley Vein has beautiful swirling patterns of purple and blue. Our stone craftsmen have already started working the new stone into decorative bowls and other pieces which I’m sure will be of great interest to collectors.” 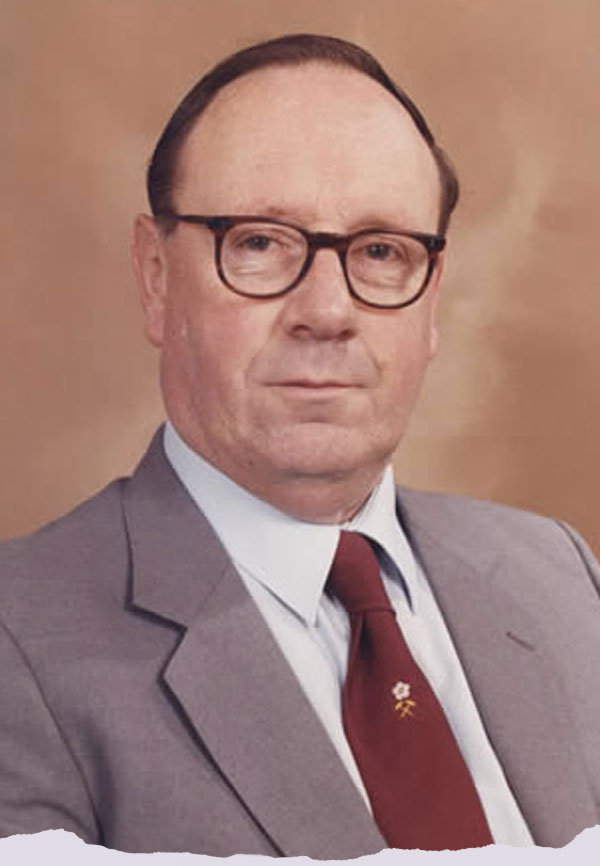 Trevor D. Ford, OBE (1925-2017) was a British geologist, specialising in speleology (the study or exploration of caves) and an author. He was a Senior Lecturer in the Geology Department of the University of Leicester, and also Associate Dean of Science. He wrote several popular introductions to Peak District geology, a definitive study of the local fluorite Blue John, as well as numerous cave guides.
Dr Ford was awarded the OBE in 1997 for services to geology and speleology.

The discovery of the Ridley Vein is the second major find in Treak Cliff Cavern in recent years. In 2013 the “‘lost vein’” was uncovered. It had lain hidden for over 70 years when the original miner who found it, John Royse, died before he could reveal the exact location to new mine owner Peter Harrison. It was found nearly 70 years later by Peter’s grandson John Turner hidden under an old carpet and covered in clay.

Visitors to Treak Cliff Cavern will be able to see the location of the Ridley Vein, just off the route taken by the guided tours through the caverns. 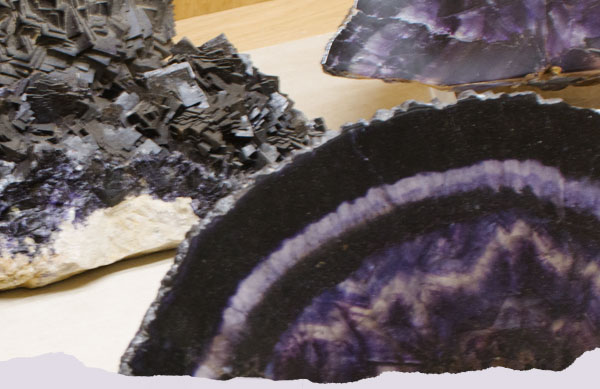 Samples from the “Lost Vein” which was discovered in 2013. You can read more about the discovery here. 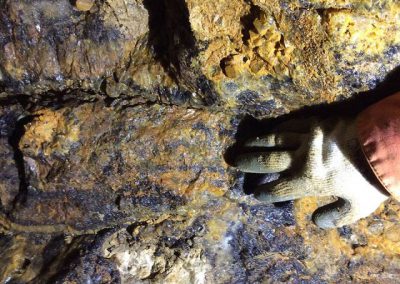 The Ridley Vein in situ 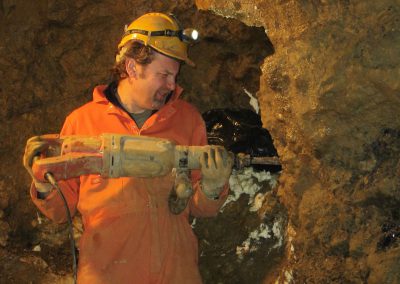 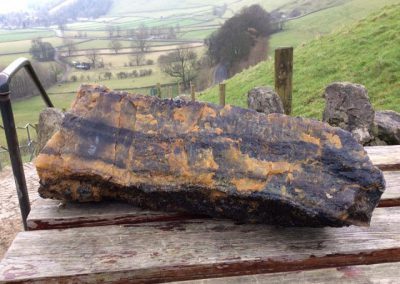 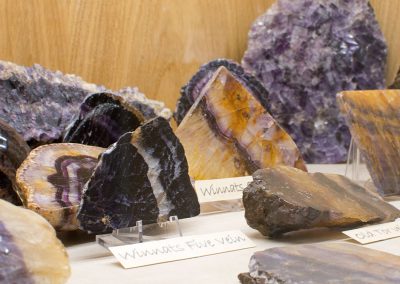 Own a piece of history

Pieces of polished Ridley Vein Blue John and decorative items and jewellery made from the new vein are also on display in the cavern shop.

We also have an exclusive selection of ‘Ridley Vein’ jewellery and specimens available to purchase directly from our online store. 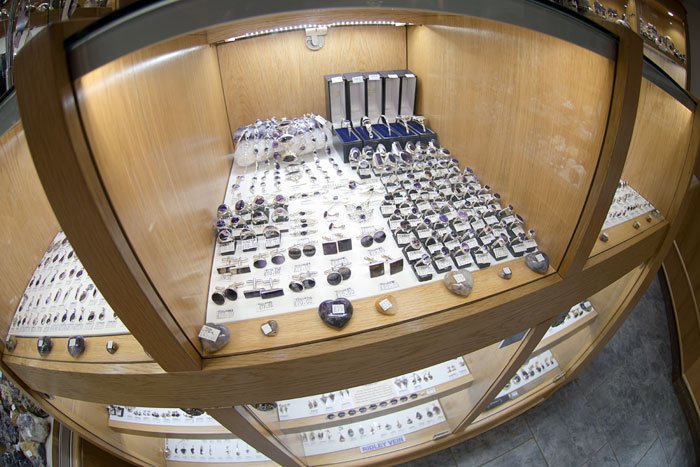