A History of Blue John and Treak Cliff Cavern

Treak Cliff Cavern has been under the ownership of the Harrison and Turner families for generations. We’re carrying on the tradition of Blue John mining and crafts which were established over 300 years ago and as a designated Site of Special Scientific Interest we’re acting as trustees, looking after the cavern and maintaining it for future generations.

The origin of the name ‘Blue John’ is thought to have come from the French ‘bleu et jaune’, meaning ‘blue and yellow’. Another theory is that the name ‘Blue john’ was termed by 18th century miners to separate the blue / purple stone from Zinc Sulphites, known locally as ‘black jack’.

Mining, the Start of a New Enterprise

Treak Cliff Cavern’s mining operations are thought to have first taken place initially between 1745 and 1750, at that time know as Miller’s Mine, (It is in no doubt that one of these pioneering Blue John miners was called ‘Miller’), and it is widely believed that this mine was the very first ‘Blue John Stone’ mine in the world.

Unfortunately, the Castleton Barmasters only kept records regarding the out-take of lead (galena) from Treak Cliff hill, so the amounts and specific weights and measurements (and given value) of mined Blue John in those early days were never recorded.

In the late 18th century, the mineral was, by then, much in demand for ornamental vases and columns created for some of the finest houses in Britain, most notably Chatsworth, home of the Duke and Duchess of Devonshire, and Buckingham Palace.

The 20th Century and Beyond

During the first world war, fluorspar was in great demand as a flux in blast furnaces, so Blue John (being a rare form of calcium fluorite) was mined only for this purpose. Sadly, this meant that much good ornamental stone was lost during this period.

Commercial mining ceased in late 1926, as the then land owner, Colonel Broadbent, took steps to protect newly found cave passageways, discovered by Bert Eyre and 3 other miners in 1926 – (the picture above is from 1921). On April 1st 1935, these caves, along with the ‘old series’ mine were opened to the public.

Since 1945, the cavern has been in the guardianship of the Harrison family, and small amounts of Blue John have been mined out from ‘off the beaten track’ since that time. It is mainly ‘jewellery stone’ and Blue John mined to make small ornaments that modern day miners are excavating. (most ‘substantial veins’ were worked out so that larger pieces are no longer made).

Treak Cliff Cavern is one of only two working Blue John Stone mines in the world and extracts approximately half a ton per year.

Discoveries are still being made: in 2013 a vein which had been presumed “lost” was rediscovered and in 2015 a completely new vein was discovered by Gary Ridley, the mine manager. Read more about the Lost Vein and the Ridley Vein.

You can see old 1960s newsreel of Treak Cliff cavern in our video section. 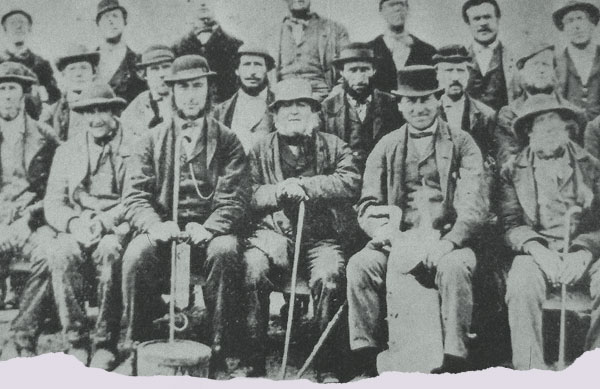 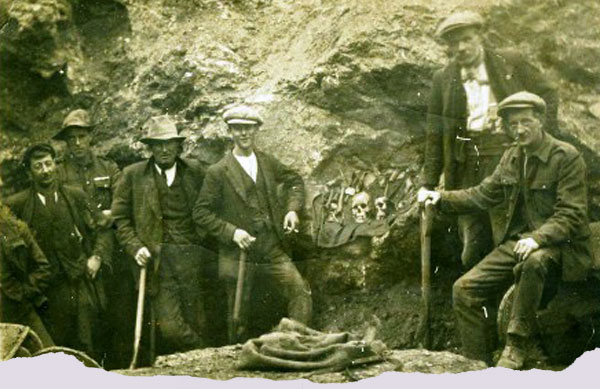 Miners at Treak Cliff Cavern pictured in 1921 with their discovery of bones from three human skeletons dating back to the Neolithic. 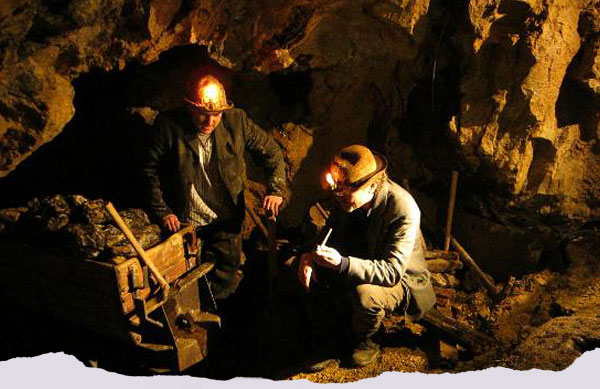 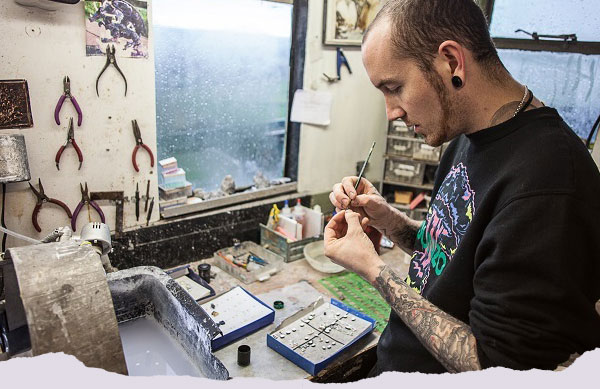 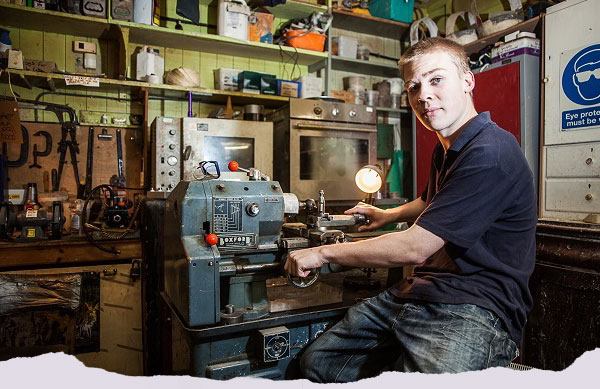